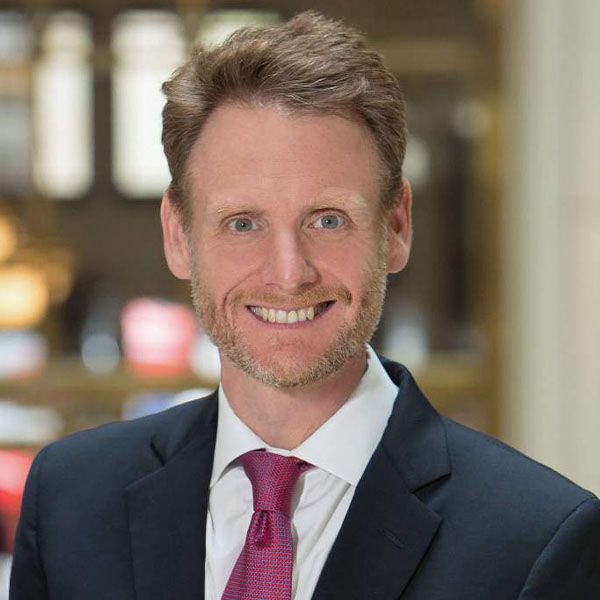 At the end of 2018, the Federal Reserve issued its inaugural Financial Stability Report. The report recognizes that the banking system is an important source of financial stability for the economy and largely focuses on the significant increase in bank capital that has taken place over the past decade. Indeed, as depicted in the report and shown below in Figure 1, large bank capital ratios have roughly doubled since 2009.

While this improvement in large bank capital should not go unnoticed, it is also important to recognize other ways in which the resiliency of large banks has improved.  In January, the Federal Reserve’s rule on total loss absorbing capacity, or “TLAC,” became effective.  This rule requires Forum members - and only Forum members - to issue long-term debt to external third parties to further bolster their resiliency.  The long-term debt required under the TLAC rule bolsters the resiliency of Forum members for three important reasons.

First, long-term debt that does not have to be rolled over and refinanced frequently is a stable and patient source of financing that can withstand short-term swings in investor attitudes and other sources of funding instability.  The stability benefits of long-term debt are analogous to the benefits of financing a home with a 30-year mortgage.  A homeowner with a long-term mortgage doesn’t have to worry that a sharp and unexpected increase in interest rates might make her home unaffordable and require selling the family home.

Third, the long-term debt issued by Forum members will serve as a backstop to capital that may be used to recapitalize the firm in the unlikely event that its equity capital is depleted during a period of significant financial distress.  Under the Dodd-Frank Act’s new resolution authority, long-term bondholders may see their debt instruments converted to equity in order to recapitalize a bank in need of fresh capital.  As a result, this long-term debt serves a true loss-absorbing role that bolsters financial resiliency that should not be overlooked.  Any discussion of total loss absorbing capacity and resilience should recognize the amount of long-term debt that could be converted to equity capital to strengthen a bank.

The table below reports the amount of long-term debt that each Forum member is required to issue under the TLAC rule as well as the total amount of outstanding capital.  Both capital and long-term debt are reported relative to risk-weighted assets (RWA).  As shown in the table, Forum members are required to issue long-term debt in amounts between 8.0% and 13.4% of RWA, which compares to the total capital outstanding of Forum members that ranges between 15.2% and 21.6% of RWA.  Accordingly, the long-term debt required by the TLAC rule is significant and makes an important contribution to the overall financial resilience of Forum members.  The final column of the table reports the sum of long-term debt and equity capital or “Total Loss Absorbing Capacity,” which ranges between 23.9% and 34.9% of RWA.  While total loss absorbing capacity is not directly comparable to equity capital, it does provide an appropriately broader measure of loss-bearing capacity that is informative about Forum members’ ability to withstand financial shocks.

The combined contribution of capital and long-term debt to total loss absorbency is depicted in Figure 2. Figure 2 depicts the aggregate amount of loss absorbency available to Forum members in 2018 as compared to 2008.  As shown in the figure, increases in capital and the introduction of convertible long-term debt as required by the TLAC rule has substantially increased total loss bearing capacity from roughly 15 percent in 2008 to 25 percent in 2018.  This increase in total loss absorbing capacity represents a significant increase in financial resiliency for Forum members that should inform the calibration of other related regulations such as the GSIB surcharge, which regulators have used to compensate for the lack of resiliency and resolution improvements now in place, such as TLAC.

While the presence of long-term debt does bolster the financial resiliency of Forum members, this additional resiliency comes at a cost that should be considered when deciding how much resiliency is enough.  Long-term debt is more expensive than short-term debt as the cost of issuing debt generally rises with its maturity – the interest rate when borrowing money for five years is usually higher than when borrowing money for one year.  In addition, the fact that TLAC debt may be converted into equity during a period of financial distress also increases its cost as investors require compensation for bearing conversion risk.  A 2015 research paper by the Bank for International Settlements finds that the interest rate on TLAC eligible debt will be, on average, 0.4% higher than other forms of debt.  Recent research from the Federal Reserve Bank of New York finds that bank funding costs have averaged roughly 3% over the past few years.  Accordingly, an increase in funding costs of 0.4% is meaningful and should be taken seriously as part of the cost of enhanced resiliency and greater loss bearing capacity.

Beginning in January of 2019, Forum members – and only Forum members - will be required by the Federal Reserve to issue significant amounts of long-term debt to external parties to bolster their total loss absorbing capacity.  This additional long-term debt requirement will significantly enhance their resiliency by (1) providing more stable funding, (2) enhancing market discipline, and (3) providing a backstop to equity capital that can bear losses and re-capitalize a firm in the event of severe financial distress.  The enhanced loss-bearing capacity of Forum members comes at some cost, but will strengthen their resiliency and improve their ability to be a stable source of credit to the households, businesses and communities that they serve.